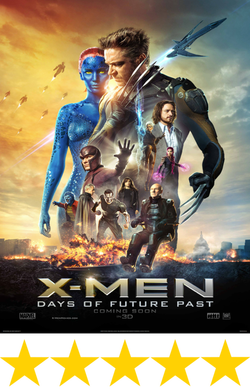 The future in X-Men: Days of Future Past is more desolate than ever. Mutants are being hunted to extinction, with the few remaining survivors living together as refugees as they try to escape their all-too-certain fate of captivity or death. They are hunted by Sentinels, versatile and powerful machines programmed to locate and imprison any and all mutants, as well as any humans that attempt to help them. The entire world has been transformed into an apocalyptic dystopia at the mercy of these machines. In order to prevent their inevitable demise, the mutants devise a plan that will rewrite the course of history by telepathically sending the consciousness of one of their own back in time in order to stop the Sentinels from ever rising to power. Doing so means averting the assassination of their designer, Dr. Bolivar Trask, and accomplishing this will require the disbanded X-Men crew to put aside their differences and reunite for a common goal; to save the fate of mutants.

X-Men: Days of Future Past is personally only the second X-Men film that I have seen, and I believe that’s to my disadvantage when watching it. That’s not to say the film isn’t accessible to people that are unfamiliar with X-Men, but you will certainly get the most out of it if you’ve seen the other films, or at least are somewhat knowledgeable about the super mutant group. Fortunately for me, even though I haven’t seen the original X-Men trilogy, nor the Wolverine spin-off films, I saw plenty of the popular X-Men cartoon of the ‘90s when growing up, and probably read more than a handful of the comics. Therefore I felt right at home with the story, even when it quickly thrusts the audience right into the thick of the action. I can imagine newcomers might at times feel a little overwhelmed, especially with such a wide array of unique characters, and so much going on. Although I do believe that the film manages to very effectively balance the action and characters, and create an immensely entertaining and engaging experience regardless of your history with X-Men. 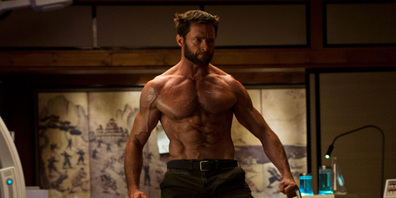 I think it speaks of the true power and quality of the film when I say that after watching X-Men: Days of Future Past, I am now eager to watch all of the other entries in the movie series. Not only to help myself better understand the numerous references to past films, but because the film is so good and so expertly made that I don’t want to miss anything else. Make no mistake, X-Men: Days of Future Past is not only one of the best superhero movies ever made, it’s also the perfect homage to the X-Men. The film merges the two timelines seamlessly, combining the legendary cast of the original trilogy with the equally impressive cast of X-Men: First Class. It ties everything together so well and concludes in such an extraordinary manner that I would feel perfectly content if they ended the X-Men series entirely with Days of Future Past. While I don’t expect the already announced X-Men: Apocalypse (2016) to be able to top this one, I will admit that I am still more than excited to see what they have in store for the future.

Days of Future Past has an incredible, star-studded cast. It brings back the beloved X-Men stars of old, highlighted by Hugh Jackman as Wolverine, as well as with Patrick Stewart and Ian McKellan reprising their roles as Professor X and Magneto. In addition, it includes the cast of X-Men: First Class, with James McAvoy and Michael Fassbender playing younger versions of Professor X and Magneto, while Jennifer Lawrence returns as Mystique. The more substantial newcomers include Game of Thrones star Peter Dinklage as Trask, the creator of the Sentinels, and Evan Peters, playing a teenage Quicksilver. Despite the film having a large number of characters, it doesn’t feel like any of them get the short end of the stick. While some of them may not get much screen-time, Days of Future Past still gives you a solid display of what each of the mutants are capable of. It’s a truly wonderful thing to be able to witness the new era of X-Men actors in the same film as their older counterparts, and it makes it all the more apparent just how remarkably well-cast McAvoy and Fassbender are for their roles. These two young stars in particular have especially large shoes to fill, but they each do an exceptional job. The way in which the film combines the young actors with the old makes it feel as though it’s honoring a proper passing of the torch from one generation to the next.

This action-packed film features some great acting performances, and even though there are a lot of characters, I don’t believe there is a single weak performance among them. The real star of the show is James McAvoy as young Charles Xavier, otherwise known as Professor X. McAvoy nails the inner-conflict of his character in what is surely the most demanding role of the movie. He portrays a convincing struggle of a great man who has lost his way and fallen into despair and desolation. He is a man torn apart by the tension between his feelings of compassion and his guilt-ridden capitulation. Fassbender, on the contrary, is unnerving and yet engrossing as the magnificent Magneto. I personally loved the way in which his character continuously throws a wrench into everyone’s plans by opting to take an alternative and selfish approach. I found him to be notably riveting during a tense scene that takes place on an airplane, where Fassbender really demonstrates his talent. Then of course, there’s everybody’s favorite mutant, Wolverine. Hugh Jackman’s Wolverine is wonderfully enthralling, insanely ripped, and appropriately arrogant. Jackman has turned Wolverine into a career-defining role. There is no doubt about it, he is Wolverine, and no one will ever do it better. Meanwhile, everybody’s favorite actress, Jennifer Lawrence, adds an emotional and memorable performance as Mystique. Lastly, newcomer Evan Peters is a real-stand out as Quicksilver, in a performance that surely will become an instant fan favorite. His big scene alone makes me wish I had seen the movie in 3D, and in fact, the movie is so good that I just might do that. The stellar cast of X-Men: Days of Future Past hit all the right notes, making the characters memorable, and personable.

The action in Days of Future Past is simply phenomenal. This is what most superhero movies should strive to emulate. What I admire most about the action of this film is that it’s smart. It’s well-thought-out and well-executed. It never feels derivative, nor uninspired. Everything has its purpose and has a tangible weight to it. Rather than cluttering the film with unnecessary action pieces, it instead focuses on making its important action sequences really memorable and really good. It also handles its use of violence extremely well, making it powerful and satisfying, without making it feel sugarcoated because of its PG-13 rating. The movie’s score is suitably powerful, helping to escalate the action and establish a tense, grandiose ambiance. The special effects seen here are outstanding. This is a big upgrade over First Class, not only in visual quality, but certainly also in scale. It reaches an epic level and yet it never hinders in quality or takes any shortcuts. It shows you what you want to see, and does it better than you’d ever expect. The result is a movie that’s as visually remarkable as it is entertaining. The true enemies of Days of Future Past, the Sentinels, look awesome. I don’t know how they looked in the older movies, if they’re even present at all, but I never liked their appearance in the comic books. I’m glad they’ve been completely reimagined from their original design, and I love how the movie demonstrates their ability to adapt to make them more efficient mutant-killing machines. The character Beast also looks better than ever, unlike in First Class where his appearance was embarrassingly bad, and borderline laughable. In X-Men: Days of Future Past, everything looks stellar. You won’t want to look away as you’re sitting on the edge of your seat in sheer delight.

The majority of the film is set in the 1970s, taking place after the events of X-Men: First Class, as the Vietnam War is coming to an end. Considering that the film deals with themes of discrimination, it’s fitting that this setting coincides with the Civil Rights movement, even though it’s not explicitly referenced. This was a time in American history when the country was divided, and it offers a strong parallel to the grim, segregated world depicted in the film’s present-day wasteland. The story of Days of Future Past is rather dark, dealing with an apocalyptic future fueled by fear, jealousy and hatred. Although, it still has its fair share of laughs, thanks to the always charming Wolverine and the lightning fast Quicksilver. The movie does an admirable job in recreating the ‘70s, and additionally with juggling the different time periods, while maintaining a steady, coherent pace. However, as much as I enjoyed the ending, I must say that using time travel as a method to clean up a series’ loose ends seems a little cheap, but it’s entirely forgivable given just how beautifully it all comes together. X-Men: Days of Future Past is ultimately a miraculous, thrilling, and rewarding experience that you’ll want to see again and again.

X-Men: Days of Future Past embodies everything I love about movies. It has great action, unforgettable characters, an engaging story, top-notch special effects, and a nice healthy dose of comedy, while never feeling unoriginal or insignificant. I really believe this movie is every X-Men fan's dream come true. To be honest, I have never considered myself much of an X-Men fan. Now that I’ve seen Days of Future Past, I’m an X-Men fan for life.